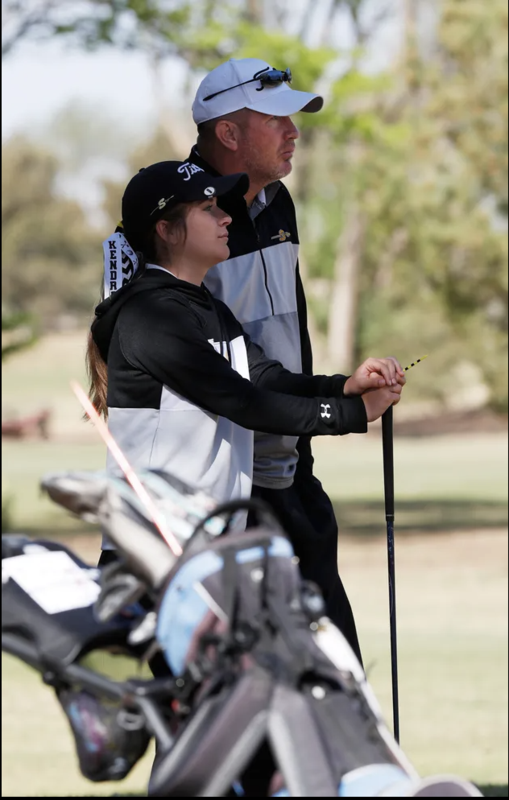 Elias led the field after the first round, firing a 71 on Wednesday. She finished the two-day tournament in a three-way tie for second play with Lampasas' Shaylee Wolfe and Andrews Black's Peighton Manning, each shooting 149s.

She wound the sudden death playoff hole to finish second overall behind Argyle Black's Madison Wert, who was the individual champion with a 147.

Seminole finished in a distant third in the team standings to qualify for the Class 4A state tournament. The Maidens finished with a 645 to finish behind team champion Andrews Black (607) and Argyle Black (609), which came in second.

Wolfe was joined by Madisyn Yanez of Monahans and Emma Carrasco of Andrews Gold as individual qualifiers at state by firing 157s. Snyder's Kalysa Burleson also shot a 157 but fell in the playoff hole.

Kilee Ivy fired a 164, Gabby Alainiz and Kasey Hogue 166s and Bree Davison a 175 to round out the Seminole contingent headed to state, which will be May 16-17 at the Legends Golf Course in Kingsland.