WHEN DID THAT HAPPEN?
Timeline is a work in progress. This project began as an update of when buildings were built and quickly became a detailed project due to the realization that many of the changes were made after the publication  of "The Gaines County Story" Volume I. was published in 1974. We are in the process of updating daily with information gathered from documents and information provided by: Doug Harriman, Roy Lynn Barnes and the Gaines County Museum, Sandra McGill, Sherry Bowers, Kathy Rich, Cindy Therwhanger Sherrie Warren, Cindy Black, Mark Beaty, Sam Holbrooks, Wayne Parker and Steve Scott. There are plans to visit with others who have been a part of the Seminole tradition. If you have information, stories or pictures to share please email to  TIMELINE.
2018: FOX NEWS featured the city of Seminole as their "OUR TOWN" spotlight. A video ran nightlyhighlighting Education, Hospital, Chamber of Commerce, Economic Development and Aquaponics.
2017: Seminole hosted the Great Comeback. Jerry Franklin, tennis coach in Seminole during the 70's was presented a National Tennis Award. He chose to display the award at Seminole High School where he got his start with numerous State Tennis Champions.
2016: UIL realignment was announced in February. The football team will be compete in District 2 with Fort  Stockton, Lamesa, Midland Greenwood, Monahans, Pecos and Sweetwater. All other sports will compete in District 2 with Brownfield, Denver City, Lamesa, Levelland, and Lubbock Estacado. 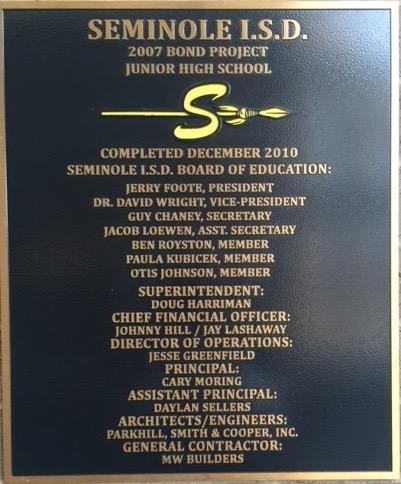 2005: Addition of cafeteria and renovation of old cafeteria to new office space and workroom at F.J. Young.

2001: Enrollment at Seminole I.S.D. was approximately 2,180.  Addition of pre-k wing on the west end of F. J. Young building provided classrooms to move from downtown location to F. J. Young campus.  Maintenance moved into a new building across the parking lot from the field house. The new building provided a central location for fingerprinting, training, shop, storage and offices.

1999:  School Board accepted a bid to build the Success Center and add on a multi-purpose room and distance learning lab at the high school.

1998:  The Technology Center was opened. The building is used by the district for their network servers, Internet and training.

1997: The board approved bids to renovate the football field and the THE POWWOW (which was where students ate lunch and played games) as the Technology Center. The building was purchased from the Danley family, who had operated the PowWow for many years.

1996: Joint effort between Seminole I.S.D. and West Texas Opportunity incorporated pre-k classes within the Seminole ISD district for qualifying 3 and/or 4 year olds. School board approved the renovation of seating at the baseball field.

1990-91: State Law limits size of class in grades K-4 to no more than 22 students per teacher. Additional classrooms added to Seminole Elementary and Primary School.

1983: The courtyard at F.J. Young was enclosed to make more classrooms for a growing population.

1973-74: Classes in Seminole could reach 30 students per teacher, before an additional staff member was added.

1970-71: Kindergarten was added to Seminole ISD for qualifying students. Sandra McGill was the first kindergarten teacher and could have no more than 30 students in her class. Pat Aryain operated a private kindergarten on 15th Street and Avenue B for students who did not qualify.

1970: The athletic field house was built at the football field.

1965: F. J. Young Elementary opened in the fall to house 1st-5th graders who lived west of 11th street. The school was named after superintendent F. J. Young, who served Seminole schools from 1950 until October 1964, when he died of a sudden heart attack.

1955-56: Nineteen-hundred students appear on the census roll. Voters approved a bond of $1,075,000 to finance construction of and auditorium and gym each seating 1,500 people, 14 new classrooms and a bus building for storage, maintenance and warehouse.

1952: Beginning teacher pay was $3450, bus driver salary was $150.00 per month. cafeteria employees were paid $7.50 per day and building custodians were paid $3120 per year. Married couples were not allowed to participate in extracurricular activities.

1951 : Seminole Primary was completed. The original school was located at site where Primary is now located, however, it has been torn down and replaced. All schools were close to this campus, and all students ate in one of the two cafeterias constructed on this campus.

1949: Seminole Consolidated boundaries were established and cover 1,149 square miles. This area stretches from New Mexico border on the west to Dawson County line on the east. The district is approximately 50 miles long and 30 miles wide. The district is one of the largest districts in the state of Texas.

1949: THE TEPEE explains how Seminole chose the INDIAN as their mascot. "Long before the coming of the white man, vast herds of bison grazed here, multitudes of prairie dogs dug their burrows, and coyotes howled through the nights. Here dwelt the redmen of the plains, greatest of all Indian warriors. Hunters, fighters and men of peace, they left a rich heritage of tales of heroism and fortitude.  For their boldness, courage, their strength and endurance, and their loyalty to their tribe, the Indian has long been the symbol of  SEMINOLE HIGH SCHOOL."

1948: Following the war Seminole Senior High School was completed. It was considered one of the most modern school plants in the southwest and was constructed for $400,000.00. The building still stands and is being used. The building has been used as a High School, Jr. High, Primary and F. J. Young Elementary school over the years.
Seminole Jr. High football team are the Braves and the Elementary football team name is referred to as the Papooses according to THE TEPEE. The building that had served the High School since 1931 became the Junior High and housed 6th, 7th and 8th grade students.

1947: Following the war, the Seminole High School was completed. The high school was two story and only included the north hall. This building is used for Administrative overflow and district training at this time. The number of students had grown to 1,119.

1945: Seminole High School Vocational Building was erected. The building is still being used in 2016 by Special Education staff, Technology Repair Center and Testing Center. Elementary enrollment was 668 and High School (7-12) enrollment was 889. Cost of a cafeteria meal was 20 cents.

1040: Seminole school's population increased rapidly due to discovery of oil and increase in farming activity. Seven hundred students appeared on the census roll this year.

1939: County Wide Equalization tax began and is still used today to distribute wealth throughout the county. Seminole Elementary was built on Avenue C (the actual building is no longer standing)

1938: The elementary building was built on Avenue C, faced south on the west end of where the Administration office is in 2016.

1936: The first Tepee Queen was elected. Each class elects a candidate and raises money to publish the THE TEPEE. Miss Irene Stark was the first to be elected to the honor.

1932:  Athletic club members could shower after athletic events IF they paid for electricity to pump water.

1930: Seminole Consolidated Common School District No. 1, was confirmed and established. The Board unanimously voted all teachers on contract not to dance or attend dances during their period of employment. The school employed 7 elementary teachers.

1906: Earliest schools in the county were taught at ranches until the  first school house was erected on the east side of Seminole. It was a small frame building of one or two rooms with very limited facilities and was used for 3 years until it was destroyed by fire.
1947 AERIAL CAMPUS VIEW 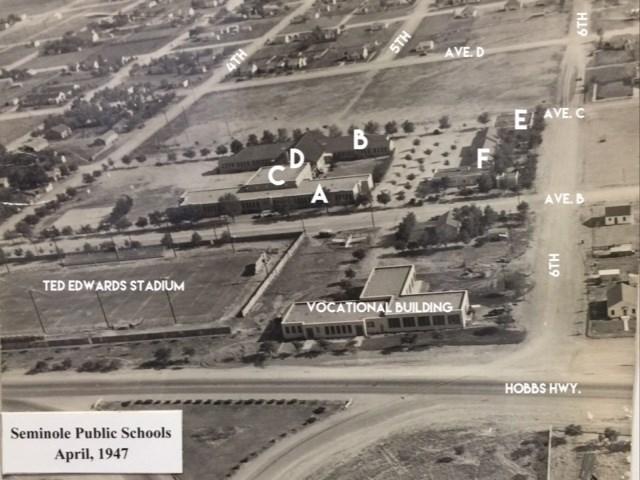 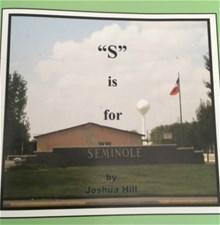 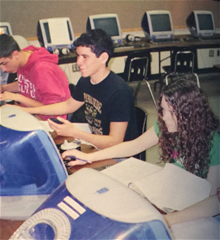 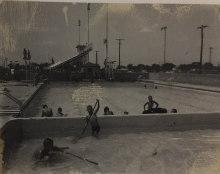 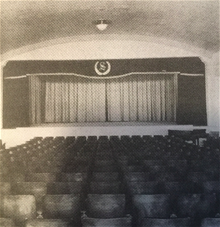 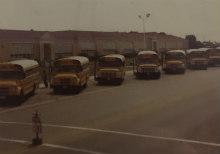 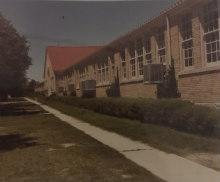 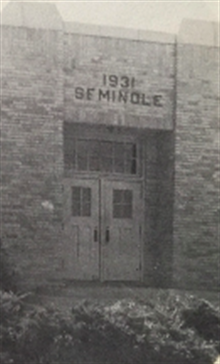 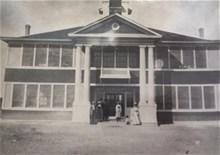 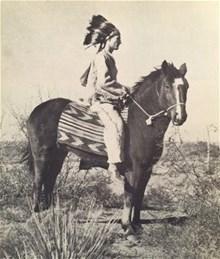